Kate Kelly, Regional President of PNC Bank, has proven to be an optimistic leader and catalyst for positive change in her role as Board President at ServeMinnesota. In her nearly 16 years of serving on the ServeMinnesota Board of Directors, Kelly has led efforts to secure funding for the launch of Minnesota Reading Corps, and recently led the partnership between PNC Bank, ServeMinnesota and Reading & Math Inc.’s new PreK Math program. In the past year, the PreK Math program completed a successful pilot in Minnesota and is being expanded to several other states where PNC Bank is located. With more than 30 years working in banking, Kelly is a respected leader in the industry and also serves on the boards of Reading & Math Inc., the Economic Club of Minnesota, the Minnesota Orchestra, the Children’s Theatre Company, the Science Museum and recently finished a term with the Minneapolis Federal Reserve board. Her expertise and leadership in banking and connection to the communities that her bank serves are a strong foundation to her board leadership at ServeMinnesota. In 2018, Kate was honored as “Outstanding Commissioner” at the America’s Service Commissions (ASC) Innovation and Leadership Awards that recognize the leadership and accomplishments of state service commission staff, commissioners and service programs throughout the United States and its territories.

We interviewed Kate Kelly to learn more about her leadership style, her successful career in banking and thoughts about the work of ServeMinnesota from her perspective leading the board:

How many years have you worked in banking and what initially brought you to that industry?

I started right out of undergrad. I worked as a teller and was living with my parents, and I realized quickly that I should go back for my MBA.

You were a founder (as well as President and CEO) of Minnesota Bank & Trust in 2008. How did that come about?

I like starting with a blank piece of paper. That’s kind of when I’m in my happy zone. I had been at Bremer for five years, and it was a lot of heavy lifting and working pretty much 24-7. That’s when my daughters were young, too. I remember those five years (at Bremer Bank) as a blur. And that is when I had a group of investors approach me saying, “you know, a bank out of Iowa wants to charter a bank in Minnesota, but they never knew someone who could run it and who they could trust to bring a shareholder group together,” and they mentioned my name as someone who could run it. And I thought, “Well, if I’m going to work this hard, I might as well invest in myself – and I always wanted to run my own bank since junior high – which I realize is a bona fide nerd aspect of my upbringing. It was a great ride. I was there for 10 years, and they are still doing well.

Can we go back a second — did you really dream of running a bank as a teenager?

Yes. I was quiet, and I had a really tight group of friends. Often times, when we were going out at night, I’d say I wanted to first run by the bank and make a deposit, and you know, they always were just kind of teasing me about that. I was always thinking – and saying – “Oh, I’ll run my own bank someday.” And I would forget at times about that later in life, but my high school friends always remind me.

Describe your style as a leader.

I like leading a culture of respect — one that is collegial and where we all have high expectations. And my clichés, or “Kate-isms” as some people call them, are “No prima donnas” and “no siloes.” I really think the stronger the team is, the stronger the whole is. And when the prima donnas are acting up or siloes are being created, that’s usually when I’m hardest at work because I know what kind of a negative impact that can have, and what a strong impact a healthy team can have on an organization.

How has your leadership style developed over time?

Over time, with experience behind you, you just get to know yourself, you ease into what fits for you. I think in my earlier years, I’d sometimes try to force things, and that just doesn’t work. Good leadership is matching your style to what you have to get done. And then you have to hire the right people – I mean, once you get the people part right, it’s a breeze; 90 percent of it is the people. If you hire right for the right teams, you know you can kick back and watch what happens.

What drew you to serving on the board at ServeMinnesota?

I’ve always been very passionate about getting kids reading ready to learn at an early age. I think so much of that is about confidence and I just love watching kids build up their confidence in learning to read.

When I was in first grade, I was trained in one school on the phonetic spelling system, which is all the upside down letter e’s, and it was kind of an experimental thing that they’re doing at the time.  And then I moved schools and nobody told them – no one knew that I was taught to read a whole different way. I’d been in the top reading and math groups at my first school, and at the other school, I went to do the lowest reading group – which was hard as a first grader, but I kind of figured it out. But that little experience as a first grader is something that I remember vividly. So, it’s always stuck in my heart to get kids off on the right footing.

Over the years, I have given a lot of time to ServeMinnesota, and it has been a passion and wonderful. When I was looking at coming to PNC Bank in 2017, I knew I couldn’t accept the job unless it allowed me to still do the community service that I was doing because it was an important part of my life.

Tell me more about your work at PNC Bank.

My role is regional president, which is part of the “RP Model.” Unique to PNC, the RP Model in all its markets, and it’s a great differentiator or secret sauce.

In 2017, PNC decided to take their model and organically grow into about 30 new major metropolitan markets. They were doing some large deals on a national basis but not in the “main street” way, and they realized they wanted to connect to cities and hire an RP like myself who is out with clients and building our business, but I’m also connected and out in the community – serving on boards and doing philanthropic work. It’s meaningful work to me. We continue to lead with this model as we expand into new markets, with more to come, as part of our organic growth strategy.

What would you say is the most kind of important thing that you would want people to know about your work at ServeMinnesota?

People know us for our programs, as we know, but I would like to convey that the whole AmeriCorps program, if it’s running like we have it running in Minnesota, can really be a research-to-practice model that can leverage federal dollars for the needs within each state. It’s decentralized, and we can be going to our communities asking, what are your needs? We can access local and state funding, and leverage federal funding, and then we can quickly implement a model – using research — to implement programs with fidelity. We have a great track record and a lot of credibility as we implement programs with fidelity.

What do you think are the biggest opportunities and challenges for ServeMinnesota right now from a board perspective?

I believe our growth and innovation are the best things going for us. We’re very purposeful. We’re not dabbling. We kind of know what we can have influence on. We’ve learned that over the years with our investment policy. I think for the board members it is really fun finding a way to be truly engaged in our work, and I think our committee structure that we enhanced over the last couple of years is affording our board members to find the pockets where they can go deeper. When you have a larger board like we do with ServeMinnesota, finding ways for all members to make a unique and meaningful contribution can be a challenge. And no matter what nonprofit you’re on, fundraising is going to be a challenge going forward.

Given all of the new challenges our state and communities have been facing recently — the COVID-19 pandemic, a huge economic downturn, communities seeking to rebuild and heal following the killing of George Floyd – what role do you think ServeMinnesota can play in the coming year and beyond?

I think ServeMinnesota already has a plan to help stand up programs that come from the community’s needs. We already did so effectively and with great response to COVID-19 with the Minnesota AmeriCorps Emergency Response Initiative. These are times when we are able to fulfill our mission in such a meaningful way and solve unsolved problems for Minnesota. These are tough times for sure, yet these are times when I am so grateful we are able to help — really help — with resources and people power made up of individuals with great hearts and the desire to serve.

Want to learn more about the history of ServeMinnesota and AmeriCorps? View this timeline. 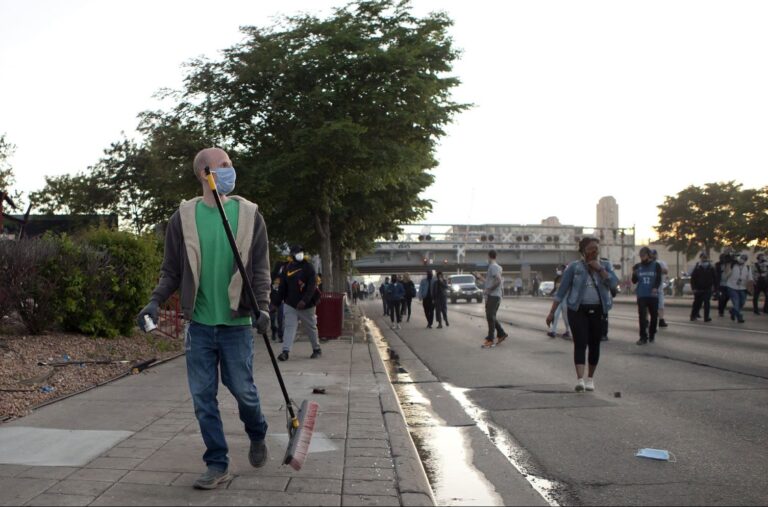 We Are Never Going Back to ‘Normal’

We are forever changed and have no interest in actually going back to that “normal” ever again. 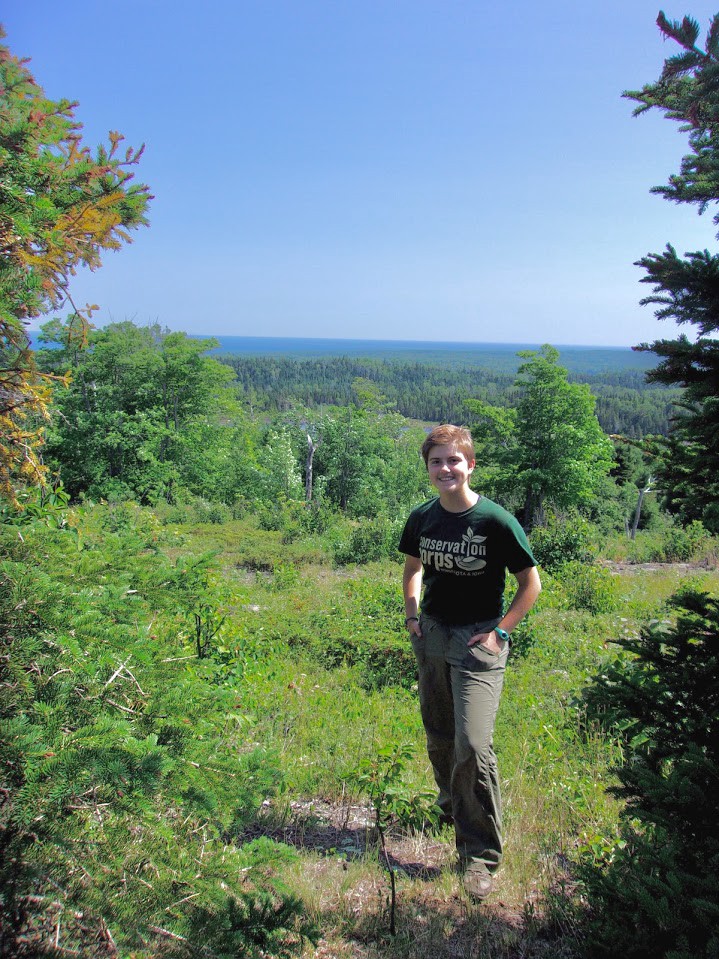 The Gift of Climate Change: How a Generation is Redefining Community.

I was 17 when I first encountered real community. That summer, I was hired by the Minnesota Conservation Corps. 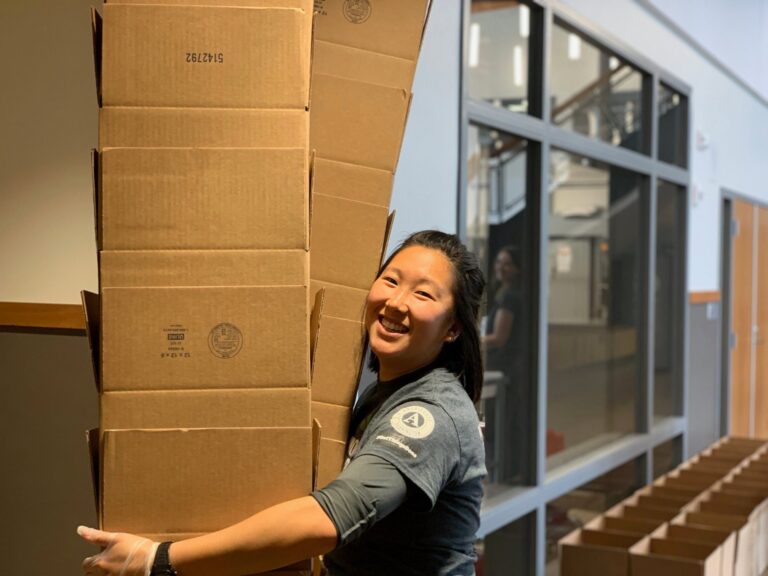 Not Sure About College This Fall? Consider a Gap Year in AmerCorps

With college in flux this fall, it’s a great time for students to consider a gap year — and AmeriCorps provides income, tuition help, health benefits, adventure and more.