From Minnesota GreenCorps to Graduate School, Service is a Thread Through His Life

It’s not an exaggeration to say that service and community has shaped Steven Yang’s life since he was a child. The son of Hmong refugee parents, Yang’s family home in Golden Valley was built by Twin Cities Habitat for Humanity. His parents – and Yang, when he’s in town – still live in that house with its garage which bears the signatures of the AmeriCorps members from Habitat who built the structure.

Passion for the Environment and Outdoors

“They are very environmentally conscious in Iceland, especially with their geothermal energy, which inspired me. But it was also being surrounded by the most beautiful landscape I’ve seen up until this point in my life that gave me a new appreciation for the environment and outdoors,” he said.

Following his studies abroad, Yang was a summer intern with the Department of the Interior in Washington D.C. under Sally Jewell, Secretary of the Interior for the Obama administration. Yang decided that he wanted to pursue a graduate degree in environmental studies after graduation, but he knew that in-the-field experience would be helpful in making his application stand out in a competitive field. An academic advisor mentioned Minnesota GreenCorps, a statewide program coordinated by the Minnesota Pollution Control Agency. Through Minnesota GreenCorps, AmeriCorps members are stationed at local governments, nonprofit organizations and educational institutions in the areas of air pollutant reduction, community readiness and outreach, green infrastructure improvements and waste reduction, recycling and organics management.

Yang applied after his college graduation, and he started his service with Minnesota GreenCorps in September 2017, focusing on stormwater. His service involved working with residents who wanted to apply for grants to install stormwater management projects, such as rain gardens, at their homes. Yang said serving locals directly and understanding their need for clean water – regardless of their demographic or political affiliation – had a major impact on his career trajectory.

After completing his AmeriCorps service term in August 2018, Yang realized the next stage of his dream: Beginning a master’s degree in Environmental Management at the Nicholas School of the Environment at Duke University in Durham, N.C.

“Minnesota GreenCorps gave me a solid sense of service,” Yang said. “It shaped my opinion of servicing a community. It isn’t a job where you’re only concerned about a paycheck or a material reward. You value your hours as a duty. You also have this bond and connection to all of the other GreenCorps and AmeriCorps members nationwide. Those mental and personal benefits go a long way.”

Making an Impact in Minnesota

After Yang graduates from Duke in 2020, he plans to return to Minnesota. He said he wants to make a difference to the communities in his home state, and he is planning to start a career in environmental justice, in a position in city or state government.

“Since I served in GreenCorps in Minnesota, it made me enjoy my home state and appreciate all that it has to offer,” he said.

Yang said he hopes to make a difference to families in the same way that Habitat for Humanity members made a difference for his family.

“I’m sure the people who built the house for my family don’t remember any material items they received or were rewarded, but they remember the experience and impact they had on my family,” he said. —

Are you interested in learning how to serve in Minnesota GreenCorps? Learn more here. 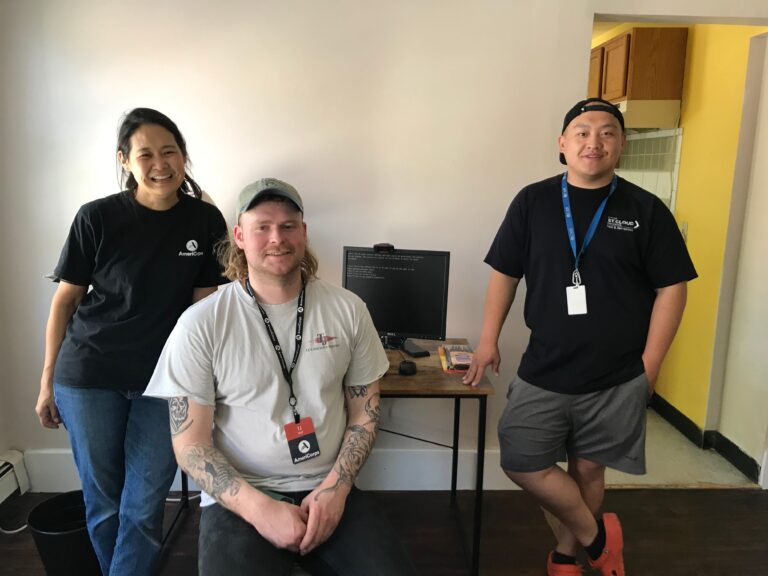