What it Means to Have ‘Purpose and a Paycheck’: An Interview with Chris Farrell

Most people recognize the familiar, reassuring voice of Chris Farrell from public radio’s “Marketplace,” where he serves as the senior economic contributor, and for his regular stints as a guest host on Minnesota Public Radio’s “MPR News with Kerri Miller,” but they might not know about Farrell’s deep expertise in retirement issues.

As a columnist for Twin Cities PBS’ Next Avenue, Farrell regularly writes about baby boomers who are pursuing second-act careers and founding their own companies. His previous book, Unretirement: How Baby Boomers are Changing the Way We Think about Work, Community and the Good Life (Bloomsbury Press, 2014), examined retirement from a welcome new lens.

In his latest book, “Purpose and a Paycheck: Finding Meaning, Money and Happiness in the Second Half of Life” (Harper Collins, 2019), Farrell looks at how older adults today are increasingly trading in traditional retirement for an opportunity to find new purpose, start new businesses, solve social problems and generally, reinvent themselves. In this interview with ServeMinnesota, Farrell discusses the book.

How did the idea for Purpose and a Paycheck come about?

It came from two things: There is a lot of conversation around as people get older, staying engaged and having purpose in their lives. But a lot of times, when people talk about purpose, they don’t talk about the fact that you also have to pay the bills. People are living longer and they are worried about running out of money. I always get this question, “Chris, do people want to work, or do they need to work?” My answer is always that it’s both. There’s really just a very small group of people who don’t worry about that paycheck.

The other reason is I wrote a book called Unretirement in 2014, and since then, things have been changing – momentum gathering. What really has changed since that time is that entrepreneurship is the leading edge in the way that so many have reimagined the second part of their lives. Now, people in their 50s and 60s are launching new businesses at nearly twice the rate of people in their 20s.

These are the people who are becoming second-life entrepreneurs because they want to do something that is meaningful to them. These are also the people who are not putting up with ageism and HR departments who won’t take a chance on hiring someone in their 60s.

How do you identify what purpose means to different people?

A common story that I heard wasn’t people saying, “I made a huge mistake in my life in choosing my career,” but instead, “Is this it? Is this all there is going to be?” Many of the people in my book expressed that feeling — over and over again, in those words.

As you can see from my white hair, I’m at the stage of life where a lot of young people will come to me for career advice – wondering how you figure it all out. These are wonderful conversations. And because of what I’ve written, I also have a lot of these conversations with people over 60. It is the exact same conversation. Whether you’re talking to a younger person or an older person, they’re idealistic. They want to do something they feel good about. They also want to be financially independent. That’s purpose.

One of the things that is wrong in our society is that we think that purpose is an elite indulgence. But that just isn’t true. It’s about rethinking, reimagining and valuing labor throughout a lifetime.

Whether you’re 20, 40 or 70, you have something to offer on the job and purpose really does matter.

Some people say that in retirement, they will do a lot of volunteer work, and that will contribute to their purpose. What do you think about that?

One thing that we’ve really learned with retirement is there’s this image that you’re going to do all this volunteer work. That you’re going to be very engaged. That’s wonderful and there’s nothing wrong with that. But most people volunteer sporadically, and for short periods of time, and it isn’t like work, where it’s a social institution where you get to know and like your peers. Typical volunteer work doesn’t give you that same feeling, and it just can’t take advantage of your skills and knowledge, and for many, that can be very disillusioning. One thing about work in retirement is that it really should take into account your skills and knowledge, and it should give you the chance to still be here in your community, part of the community and contributing to it.

I have heard you call anti-ageism a social movement, and rethinking retirement is part of that. Please explain more about that.

I do think it is a social movement – -a classic grassroots social movement. There is almost no talk out of Washington around re-imagining what it is to grow older and retire. Even here at the state capitol in Minnesota, it’s all about these old people we can’t afford to take care of. You know, the idea that there’s going to be a “silver tsunami” that will weigh down our economy. That’s the whole conversation. And yet when you look at the labor participation numbers and new business formation, what you’re seeing is that it’s the 55 plus people who are dominating that. They are starting new business and dominating job growth. We keep wringing our hands about “all these old people,” but there is really a grassroots movement that tells a different story. It really is a civil rights movement of this era. You are fighting ageism. You’re fighting this belief that as you get older, you decline, and you just should accept that.

How do you fight ageist perceptions of work in later life?

The whole conversation around aging and retirement is dominated by 401Ks, retirement savings, Social Security, Medicare and so on, but there is another way to look at this, and that’s from a human capital perspective. That’s a jargony term that economists use to talk about knowledge and skills. As you age, you pick up a lot of knowledge and skill. In Steve Jobs’ famous commencement speech at Stanford in 2005, he talks about the importance of connecting the dots, but he points out that you can’t connect the dots until time has passed and you’re looking back. You can’t connect the dots looking forward. We also call that wisdom.

It’s interesting how the image of what it means to be retired has not changed, but we live in different times than when people started to do something called “retiring.” People are living longer. They’re healthier. They’re better educated. That notion of the “good life” is that some arbitrary age – say 60 or 62 – you say goodbye to all your knowledge, all your skill, all your experience and you never tap into again. And people now go, “That’s not a good life.”

Everyone wants a reason to get up in the morning. Work isn’t for everybody, of course, but for a majority of people, it’s still a community and it pays the bills. And when you are at that age, you can better connect the dots. You can figure out what it is you want to do that will give your life a little more meaning and satisfaction.

You published a story in Next Avenue about your college roommate who has become a political activist as his second act career, and you talked to others who have embraced the opportunity to solve social problems in different ways as they have become older. Is there a reason for the trend of this generation becoming more involved in social issues?

People say a lot that it’s about the ‘60s – but I kind of wonder about that. My friend was very politically active when he was young, and now his child is off at college and he has the freedom to be politically active again. He has very few needs and he’s living off his Social Security. For some people, their home is paid off. But I really feel like there’s something bigger going on with the rise of social entrepreneurship – you’re starting a business but hoping to solve a social problem – and the idealism I felt when I talked to the people in the book. There is something going on about having a purpose and giving back. There’s evidence that as people get older, the notion of a legacy becomes more and more important.

What would you want a 30-year-old to take away from this book? What about a 60-year-old?

It’s the same thing. You may get lucky that you find a career and a job that you stay with for 30 or 40 years and you really like it, but that is increasingly rare. For most people, they’re voluntarily or involuntarily going to shift jobs and careers.

Think about your career as trying to surround yourself with the people who you want to be surrounded with, always be learning, trying new things and constantly be thinking about and searching for what you want to do.

Do you want to learn more about how to find a position in AmeriCorps when you’re older? Read this article that we published in partnership with AARP of Minnesota. 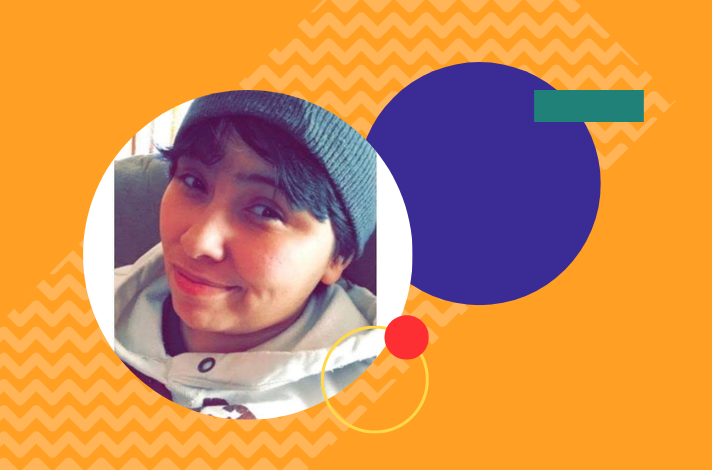